What Is The Karen Generation?
Glossary 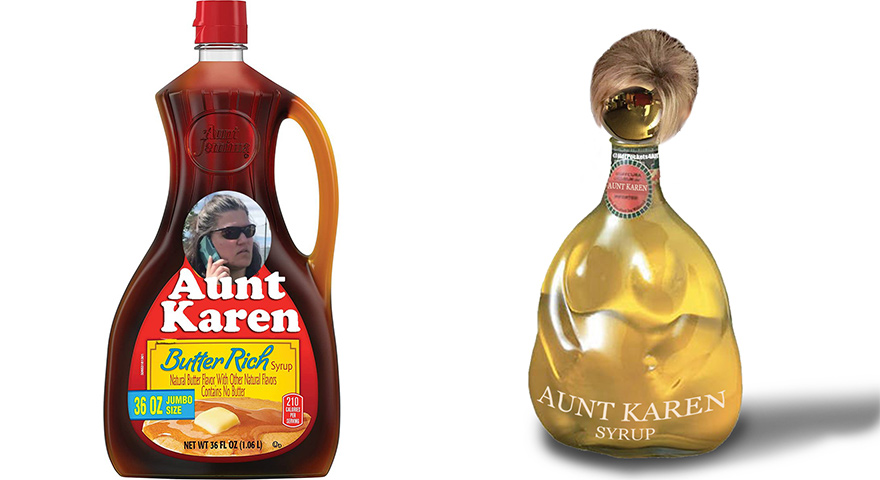 The Brief: On June 17, 2020, the phrase "Aunt Karen" started trending on Twitter as a jokingly proposed alternative to Aunt Jemima, a character rooted in racist stereotypes that Quaker Oats announced it will be removing from its branding.

The term “Aunt Karen” is a reference two the Karen stereotype of a suburban white soccer mom who’s always demanding to speak to the manager. It started trending on Twitter as a response to news that Quaker Oats will be rebranding Aunt Jemima’s syrup because of the character’s origins in racist minstrel shows and mammy stereotypes. The idea of “Aunt Karen” is an Aunt Jemima replacement that people have jokingly suggested online. More broadly, the term can be used synonymously with “Karen.”

The concept of “Aunt Karen” syrup has been used both to criticize how long Aunt Jemima is based on a racist caricature and to make fun of so-called Karens for their behavior that includes annoying entitlement and outright racism. More than anything, these memes continue to mock Karens for their prejudiced and harmful actions.

Subjects of ridicule in these memes include “Karens” who have gone viral for racist rants and for calling the cops on their neighbors of color and controversial figure Rachel Dolezal. Many of these memes taunt people who are easily triggered by the term Karen and who have even likened it to a racial slur.

I don't see what the problem is with renaming it Aunt Karen Syrup; do the Karens find it offensive to be treated like a mascot comprised of stereotypes? 😐 pic.twitter.com/INPjZxOVw0

Love the new packaging and whatnot. pic.twitter.com/W06zSn839k

Next up: What Are Gamer Words?

What Are Gamer Words?