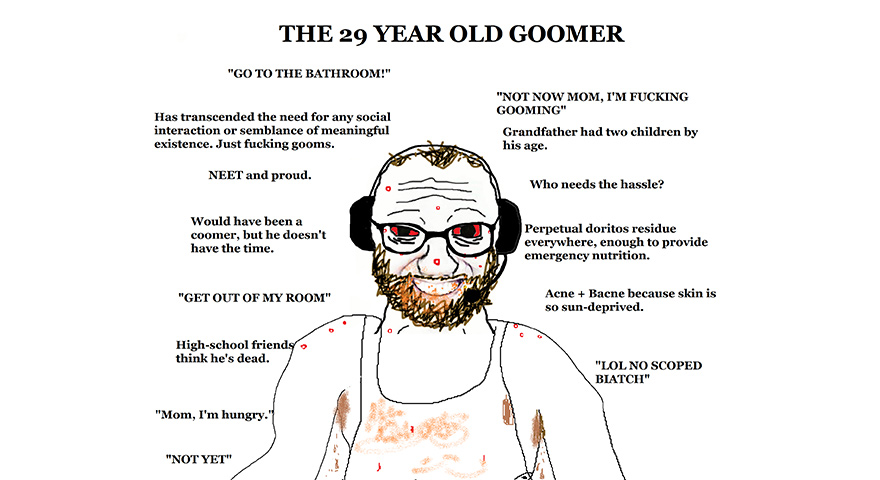 The Brief: A Goomer is a 4chan-based meme archetype of a man addicted to gaming or "gooming."

A Goomer is a 4chan stereotype in the same family of Coomers, Zoomers, Consoomers, etc., Goomers are typically portrayed as men in their 20’s and 30’s who are addicted to video games, never leave their bedrooms, and live with their parents.

They are often represented by wojak cartoons of a decrepit, unkept man in front of his gaming computer. The word “goomer” is a derivation of “gamer.” The verb tense of this term is “gooming,” which comes  from “gaming.”

Although 4chan and Reddit forums where this meme is popular are likely filled with gamers, this archetype is the subject of ridicule. It’s implied that a Goomer is a friendless loser who doesn’t engage in the real world, let alone go outside. In drawings, he’s depicted as bearded, red-eyed, and covered in both acne and Dorito dust.

Next up: Surreal Meme Man Memes