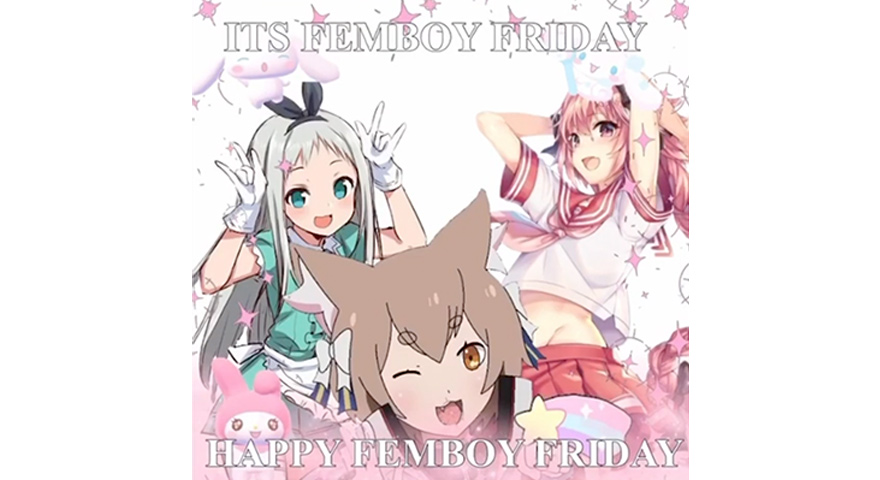 What Is Femboy Friday?

What Is Femboy Hooters?
Glossary What Is A Catboy?

The Brief: Catboys are humanoid characters with catlike characteristics including ears and tails that are popular online in cosplay and fan art.

A catboy, sometimes spelled cat boy or catboi, is a boy who dresses up as a cat. The term is usually in reference to a femboy and furry-adjacent persona with both human and cat features. Although they do not always participate in kink, they are often portrayed as sexualized and submissive characters. Contemporary catboys are typically recognizable by their cat ear and tail accessories and they’re often seen wearing maid costumes.

Catboys and catgirls are popular in Japanese fiction and fandoms where they are called “Kemonomimi,” named for the animal ears that supplement their human ones.

Online content related to catboys includes fan art, memes, cosplay, and NSFW content which can be found on Tumblr, DeviantArt, Twitter, Reddit, and more. On TikTok, videos associated with the hashtag #Catboy have been viewed over 53 million times.

awwww ur a catboy? *takes you to the vet and puts you down*

It’s common practice online for fans to reimagine their favorite fictional characters and celebrities as catboys, drawing or photoshopping cat ears and other catlike features onto them.

Although “boy” is in the name, catboys can be any gender and often embody elements that are associated with both masculinity and femininity.  The term “cat boi” may refer more specifically to a trans or nonbinary person who dresses like a cat. Many catboys identify as LGBTQ+.

CatboyKami is an infamous white supremacist troll and NSFW streamer who gained significant attention on far-right internet communities after making a 10-hour live stream with Nick Fuentes, the founder of the so-called Groyper Army.

The lead protagonist on the Disney Junior show PJ Masks, who is a superhero with cat-based powers, is named Catboy, but this character is unrelated to the other usages of the term.