The Rise Of Cottagecore On Social Media 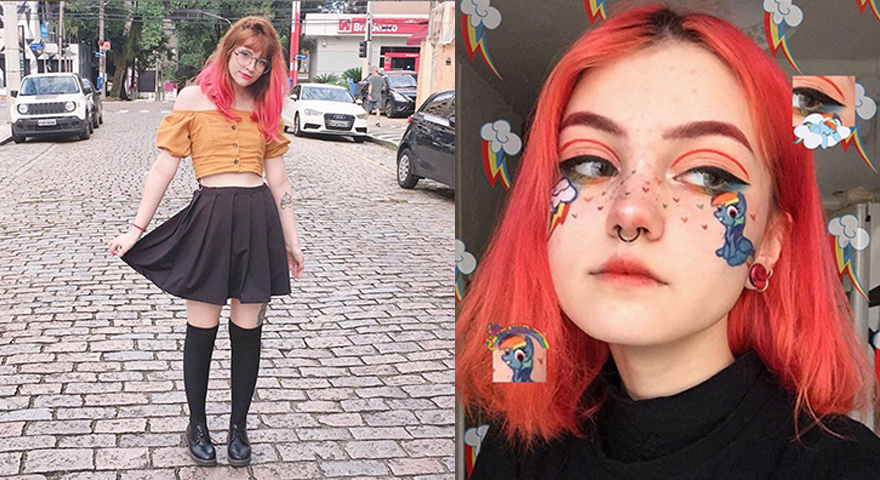 The Brief: Cyberghetto refers to a group of marginalized people, as well as, a fashion aesthetic.

According to Urban Dictionary and Packer Prism, the term “cyberghetto” was coined by a Black teenager named Lewina on Tumblr. She reportedly carved out a space on the internet for marginalized groups of people.

As described by Fandom, cyberghetto is a portmanteau of the word “cyber” referring to the internet and cyberspace and “ghetto” which is generally used as a term to describe a group of marginalized individuals, typically Black people.

The cyberghetto aesthetic borrows elements from cyberpunk, scene kids, and hip-hop. This style of clothing was popular in the late 90s and early 2000s. It was ushered in as the millennium approached and was marked by shiny fabrics (silver and holographic), as well as, black and bright colored clothing. Low rise, baggy pants, cropped tees, and accessories like the first cell phones were staples of the trend.

As of recent, there’s a lot of controversy swirling around the term and how it’s being used in regards to Black people.

I love this aesthetic. I always felt like TLC and Blaque did it best. I think this was Left-Eye’s favourite aesthetic. Which is why Blaque was always in Y2K fashion. pic.twitter.com/9e84FPGyDT

Many have pointed out the issue with the aesthetic being credited towards 2000s era socialites, like Paris Hilton, while overlooking the strong influence from hip-hop and R&B singers of that era like TLC, Blaque, Lil Kim, Aaliyah, Destiny’s Child, and many more.

How do you create a whole new fashion style, wrongly name it y2k, and then popularize calling actual y2k "cyber ghetto"…….do u see the issue here

It was ghetto and ratchet until ppl like Paris Hilton took it, changed it, and popularized it. #y2k#cyberghetto#y2kfashion#y2kaesthetic#y2koutfits#fyp

In spite of the term originating from a person of color, some POC find the term to be offensive. Creator @4cimone notes that they find the term derogatory in the comments section of their video on the topic.

This sort of reaction is fair, considering oftentimes fashion and beauty trends pioneered by Black people are deemed “ghetto” and “unprofessional” until worn by someone who is white or white passing.

Next up: 'Make Up A Guy' + Spinoff Twitter Accounts