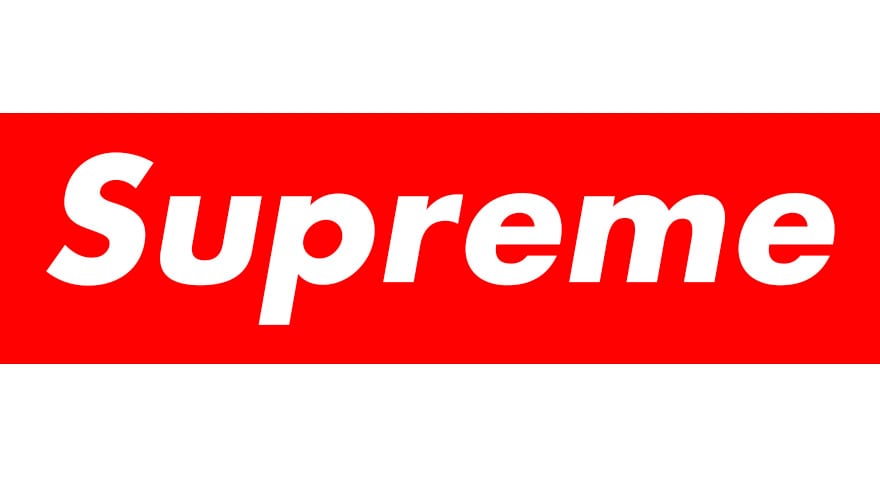 The Brief: Supreme is a popular luxury streetwear brand.

With a similar design style to artist Barbara Kruger‘s work, Supreme is recognizable for its red color and Futura bold italic font. Many signature Supreme pieces heavily feature its logo, which has become a meme and signifier of financial and cultural capital.

Supreme has collaborated with other designer and streetwear brands including Louis Vuitton, Nike, and Adidas.

There are several Supreme storefronts in major cities which have had notoriously long lines for grand openings and new releases.

Hypebeast culture’s obsession with Supreme follows the value it places on high-fashion, brand-recognition, and luxury.

Although it is very much associated with contemporary hypebeast culture, Supreme was actually founded in 1994 as a small shop at the center of New York City’s skate culture.