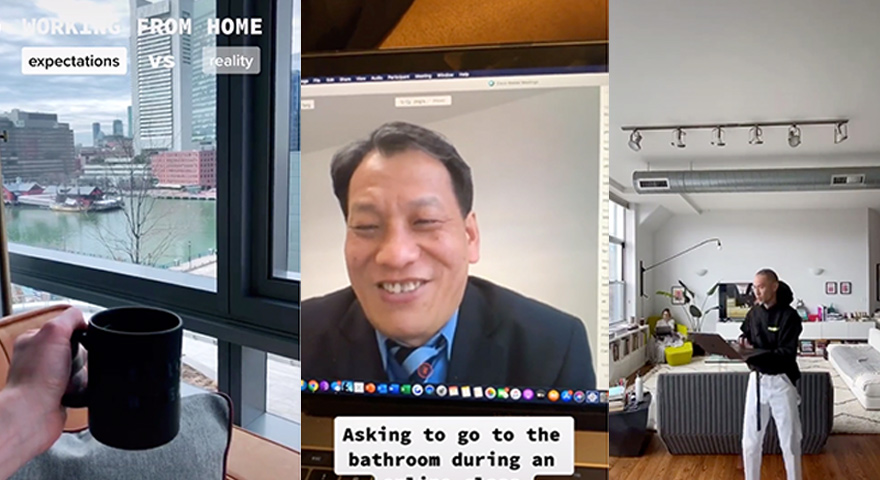 Games To Play On Video Chat & Zoom During Quarantine
Events Virtual Concerts To Livestream During Quarantine

The Brief: Cities are on lockdown and you're stuck at home, but that doesn't mean you can't enjoy live music. Artists and DJs are now livestreaming their virtual performances.

In order to stop the spread of the COVID-19 virus, cities are on lockdown and requiring residents to self-quarantine, practice social distancing, and stay at home subsequently canceling IRL concerts around the world. This doesn’t mean fun is canceled. DJs and musicians have found another way to perform for their audiences over livestream. On March 30, James Corden recruited Billie Eilish, FINNEAS, John Legend, and Dua Lipa to perform from their homes during his late-night at-home charity concert called HomeFest: James Corden’s Late Late Show Special. There are plenty more virtual concerts to livestream while in quarantine. Here are some of the concerts and DJ sets coming to you in April 2020.

This exclusive concert series is normally held during arts and tech festival South By South West (SXSW) in Texas. This year, everyone can enjoy the 40 acts scheduled to take part. Headliners include Kesha, FINNEAS, Noah Cyrus, Phantogram, and more. Fader Fort livestreams March 31 at 7 a.m. PT until 4 p.m. PT at thefader.com/fort.

SPECIAL ANNOUNCEMENT: @FORT is going digital 📲⁠ ⁠ We teamed up with your favorite artists to bring the FADER FORT to you from the comfort of your home. We'll be sharing performances, interviews, and tons of fun content so stay tuned.⁠ ⁠ When: March 31st, 10am-7pm.⁠ Where: http://thefader.com/fort⁠ ⁠ #DIGITALFORT⁠ ⁠ sponsored by @bacardiusa, @truly, and @andpizza.

Over Facebook Live, Billboard Magazine will bring top-performers into your home via livestream. The magazine kicked things off with JoJo on March 19. Upcoming performances include Tank and the Bangas on April 1 at 10 a.m. PT, The Driver Era on April 2 at 12 p.m. PT, and Hozier on April 3 at 2 p.m. PT.

Check out the entire schedule here.

Producer and DJ Diplo is hosting themed livestream concerts Thursday through Sunday featuring artists like Major Lazer for a reggae and dance-hall-inspired set. Diplo previously livestreamed country, house, and ambient-infused sets. His next living room concert will stream across Instagram, Twitch, and YouTube starting at 7 p.m. PT. Post concert, people can replay the stream on YouTube.

DJs are cut from a different cloth. The real ones are DiY. We came up making our own parties, renting a warehouse or bar and buying kegs. passing out flyers and mixtapes with new music. now we’re just going to Target to get a green screen, fog machines and cheap disco lights for our live stream.. Just a month ago I was playing for 40,000 people and now I'm just desperate for human contact I beg my neighbors to knock on my door to tell me to turn it down. Still in these circumstances I couldn't be happier. Thursday to Sunday I’m always on and we’re trying to make it better every week. Thanks to @noahcyrus @orvillepeck @rhye @dillonfrancis and @marcusmumford for making last week special. comment below who you we should bring on for this week.

This DJ’s virtual house parties are celebrity-filled. His previous virtual set called “Home School” was joined by Michelle Obama, Rihanna, Will Smith, and over 100,000 viewers on Instagram. Oprah Winfrey called the concert “the most hopeful, healing experience … going on as a collective, virtual community in the United States.” If you’re looking to enjoy a mix of old school R&B and Hip-Hop, DJ D-Nice’s next home concert is set for April 4 at 4 p.m. PT.

Join us for ACM Presents: Our Country, an entertainment experience featuring at-home acoustic performances from your favorite country stars alongside clips of top moments from the Academy’s 55-year history! The special will broadcast April 5 @ 8/7C on CBS. #ACMOurCountry

From the makers of Coachella, comes a livestream original documentary. The YouTube Original is being called #Couchella as it will stream the biggest moments from the past 20 years of the festival. The documentary will air in place of the IRL concert that was postponed and moved from two weekends in April 2020 to October 2020. Coachella: 20 Years In The Desert will stream on YouTube on April 10 at 12 p.m. PT.

#StayHome. Tune in. Bringing the desert to you for a look back on 20 years of moments, artists and performances that defined Coachella. Premiering on @YouTube on April 10th at 12PM PT #Couchella. Watch the full sneak peek of the #CoachellaDoc in bio.