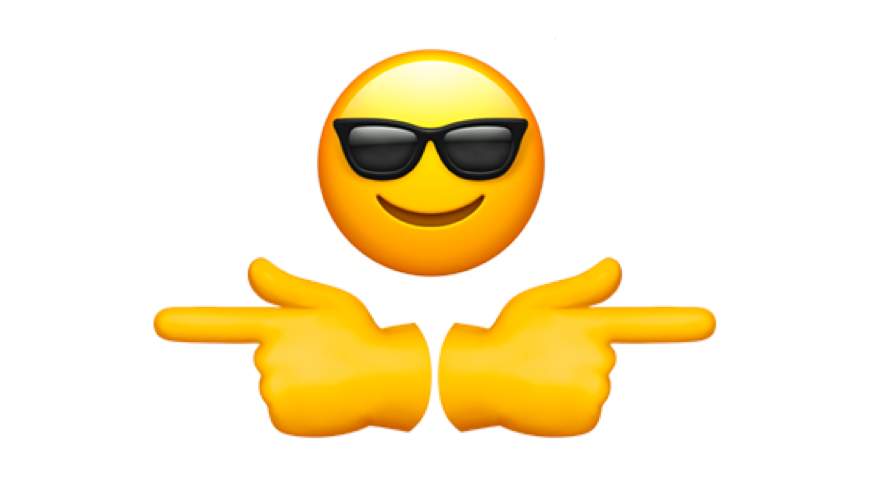 The Brief: The fingers pointing away from each other emoji combo 👈 👉 symbolizes confidence, recognized as a meme about people who are very self-assured and confident.

👈 👉  Fingers Pointed Away From Each Other Emoji

The fingers pointed away from each other emoji use two pointing finger emojis (pointing left 👈 and pointing right👉) with a paired face emoji in some cases to describe a specific scenario. On the internet, this is widely recognized to be a symbol for someone who is confident, often in exaggeration.

This meme is in reference to the “Shy Memes” and two fingers touching emoji 👉👈, that surfaced online in March 2020. Although the “Confident Memes” have an opposing perspective when used in online conversation, it originated from the earlier meme and has now transformed into yet another internet term. The two emoji combinations refer to different emotions, fingers that point inwards represent introversion and the fingers pointed outwards represent extroversion. Dixie D’Amelio featured the emoji combo alongside the words “we’re confident” in the caption of a TikTok dance video that received over 6.8 million likes.

Besides using 👈👉to express confidence, the combination can also be used to attribute another person’s attractiveness or outspoken sexuality.

Honestly my life but we turning 18 in August 🤪👈🏼👉🏼 pic.twitter.com/jk8OEdszZs

this is the same girl that jumped in to fight a guy only naruto could beat. shes 👉🏼👈🏼 AND 👈🏼👉🏼 pic.twitter.com/U9DnaMCicL

THIS PART? when he like smiled 🥺👈🏼👉🏼 idk but no i do not have tears in my eyes no pic.twitter.com/6ggxIhwy13

Next up: What Is A Quarantini?

What Is A Quarantini?